Highly durable, easy to lay and supplied in various colours for road at a fast food restaurant 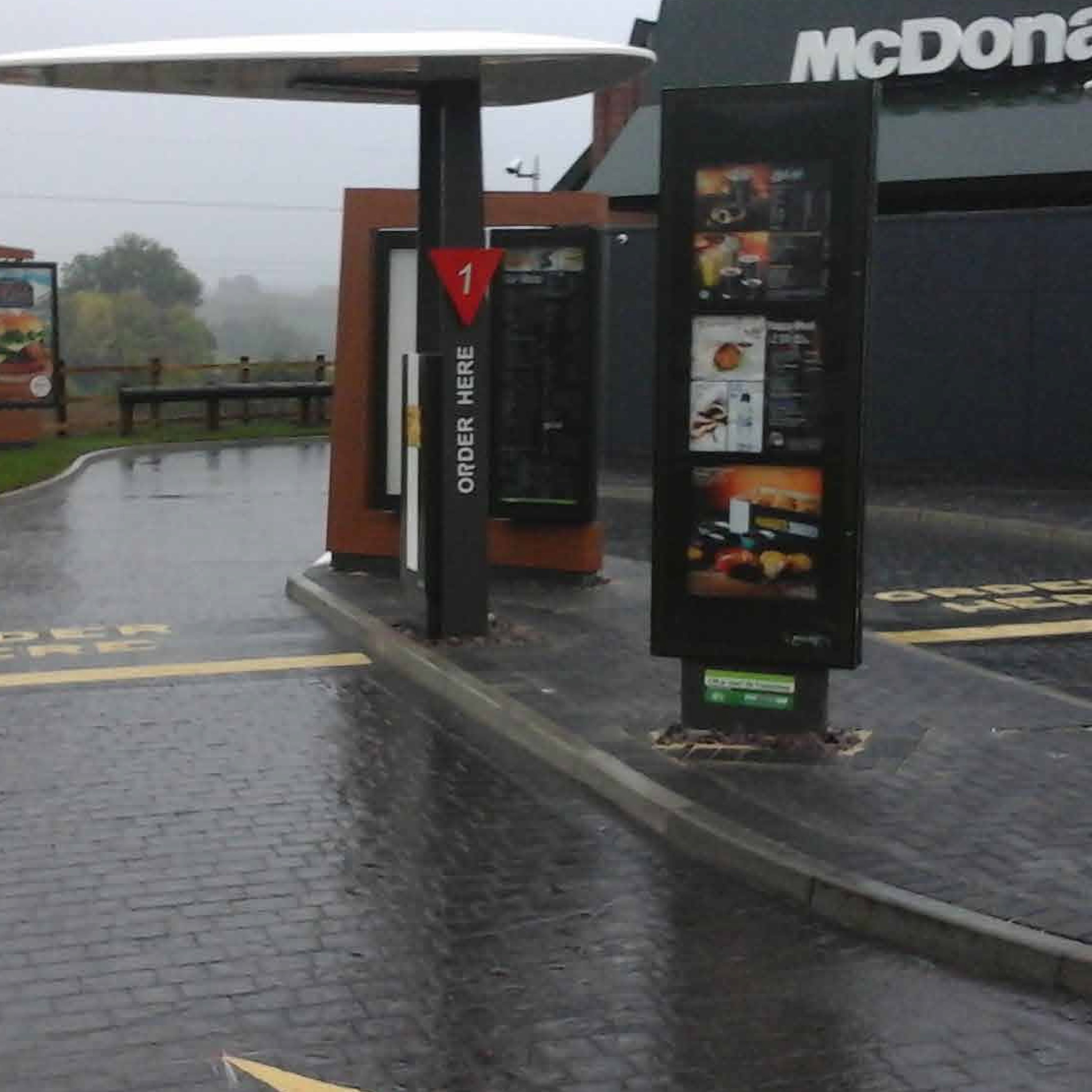 McDonalds had chosen an area of outstanding natural beauty in Abergavenny to build its tried and tested winning formula fast food outlet after market research, had identified the town as one that that would support the building of a new restaurant. Due to its locality, planning regulations were strict, even to the extent that the company wasn’t allowed to erect the famous yellow arches that guide prospective dinners in from the main carriageway - a symbol that’s as famous as Ronald McDonald himself. The planners put various restrictions on the building itself, items such as the cladding and brickwork had to blend into the surroundings. The traditional concrete that McDonalds used for its road is charcoal grey and they hoped that this would be acceptable to the planners.

Tarmac offered TOPTINT as a solution. They provided the customer with a varied selection of colours that could have been used to complement, highlight or demark areas as needed. The Charcoal Grey was recommended as it is the colour that McDonalds traditionally use at most of their franchises. They accepted it without compromise and installed it with a pattern impregnated into the surface.

The product is highly durable, easy to lay and can be supplied in a variety of colours. In this case, 88m3 o fa charcoal TOPTINT was supplied and pattern printed to give a cobble effect. The finished product looks stunning and blends well into the area’s natural beauty. Planners and McDonalds were very happy with the end result and the overall advice and support received.

Toptint is available in an array of colours, patterns and textures helping you achieve everything from the natural look to highly polished aesthetics and prints simulating the look of brick, wood and stone.

Toptint Colour contains an integral colour pigment which is UV stable meaning that the colour will not degrade from natural sunlight. Also because we use a liquid pigment, the colour is evenly mixed throughout the concrete.

As Toptint colour is integral to the mix it is a long lasting and frost-resistant solution, requiring little on-going maintenance making it a more sustainable long term solution.

Highly durable, easy to lay and supplied in various colours for road at a fast food restaurant contact