Lighter weight and draining concrete for retaining wall on highways 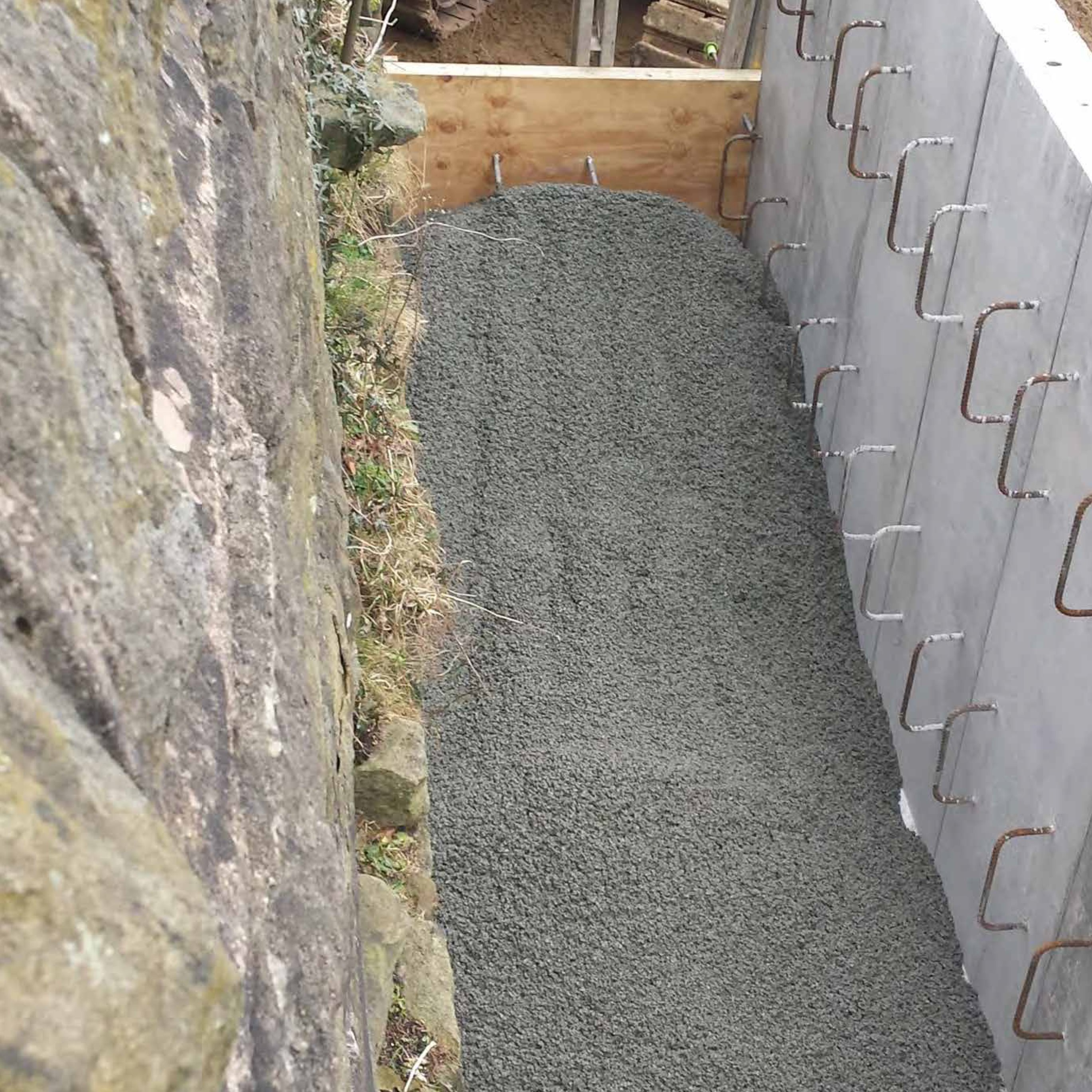 Highways England had identified an issue where a retaining wall needed support as it was found it had the potential to shift if left unsupported. The specification called for a concrete infill which had a 10nm+ strength but a low density. This was due to the concern that a heavy product may undermine the retaining wall. Once the designs had been shared, it was also identified that the wall would have a drainage solution in the base foundation. Initial thoughts were that Lytag could do the job but this would have been a very expensive solution due to the need to ensure nil contamination at plant and during transport. Carrying out the job at night was discussed to enable the potential contamination issue to be managed properly but again, costs were prohibitive.

It was at this point that TOPMIX PERMEABLE came to the table as an option. Lighter than conventional concrete and specifically designed to take water away from the surface, this seemed the ideal solution. It was also proposed that TOPFLOW should be used on the base foundation to speed up the installation and take away the need for compaction which could have potentially disturbed the existing elderly wall.

TOPMIX PERMEABLE has proved very successful in this application. Due to the height of the installation and the lack of access from above, a bucket loader was used to lift the TOPMIX PERMEABLE up to the work level and then the installation was hand finished. The material is successfully taking water away from the back of the retaining wall and drainage pipes have been placed at the bottom of the infill to direct water away completely. The whole surface will eventually be finished with stone cladding and will allow the area’s natural beauty to be retained whilst the TOP products quietly go about their business in the background.

Topmix Permeable has a high void content of between 20-35%. This allows surface water to drain through into the sub-strata and dissipate naturally.