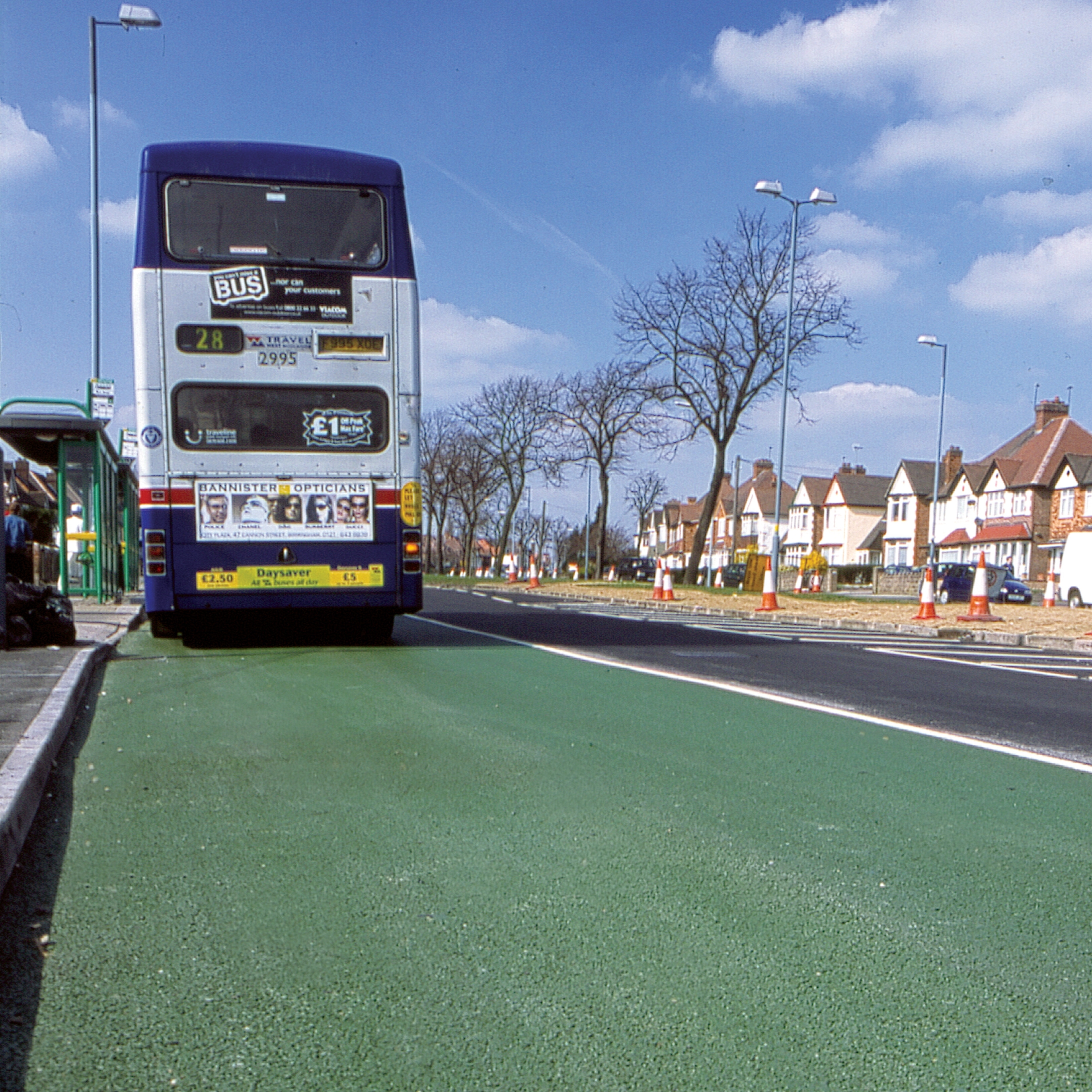 During 2003 Birmingham City Council appointed us as the supplier and contractor on their major Birmingham bus route redevelopment. Funding was secured from the Department of Transport for an in-laid coloured asphalt surface course rather than a coloured surface treatment. This would form part of the City Council’s ‘Bus Demonstration Scheme’. The aim being to show how driver compliance with bus lane regulation could be improved. A distinctive surface along the bus lane was required to provide a clear signal to motorists to stay out, making enforcement easier, and allowing buses to travel easier along their designated routes. Choosing the green coloured surface also reflected the council's aim to encourage more environmentally conscious forms of travel, such as public transport.

The project involved a 6km green bus lane for the No. 67 bus service along the A5127 Lichfield Road and A38 Tyburn Road in Birmingham. ULTICOLOUR classic green was supplied and installed by our contracting team. 2,500 tonnes of 14mm green ULTICOLOUR providing effective demarcation of the three metre wide bus lanes along one of the busiest routes in the City Centre

With the project installed along one of the busiest roads in the city, selection of an easy to lay, hard wearing and low maintenance surface was of prime importance. Since the project was completed over 10 years ago the route has remained maintenance free with the demarcation still clearly evident. The surface is performing well and not suffering the wear and tear and deterioration often associated with other demarcation products.

Making bus traffic a priority helped to improve the service and encourage the use of sustainable transport alternatives.