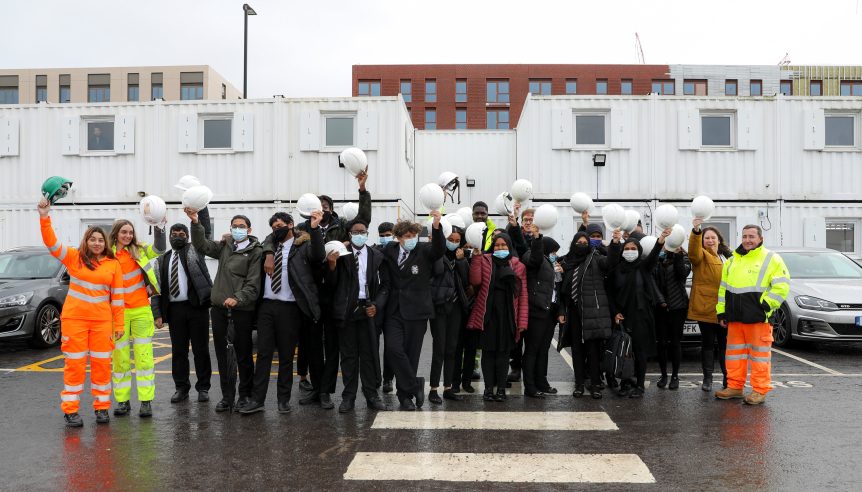 Budding engineers, quantity surveyors and construction specialists of the future were given a glimpse of the exciting and varied apprenticeship opportunities Tarmac has to offer when they visited a construction site that is key to a major regeneration project in Birmingham.

Pupils from Broadway Academy and North Birmingham Academy were given a tour of the A34 Highways Improvement Scheme in Perry Barr, where they saw and heard about the variety of professions and trades required to undertake major building projects, giving many of them food for thought about their career prospects. The teenagers – all year 10 and 11 pupils – were shown how the A34 improvement project will transform Perry Barr and the surrounding area to make it one of the most wellconnected places in the West Midlands.

Fleur Weddle, careers advisor at Broadway Academy, said: “Outreach programmes like this are vital in widening the horizons of the children and debunking the myth that the construction industry is all about dirty jobs and is a male-only industry.

“I’m passionate about getting more children into apprenticeships and especially getting more young women and ethnic minority children to come into the industry, especially when there are so many opportunities on their doorstep.”

As part of the Tarmac outreach day, the pupils chatted to a trio of apprentices who are all forging their careers in the UK’s leading sustainable construction business. Amaya Firdaws, 17, and Caitlin Richardson, 18, both apprentice engineers and 19-year-old Jayden Ennis, an apprentice quantity surveyor, are not long out of school themselves.

“The Tarmac apprentices talk like our students which might just make the pupils think ‘Wow! That could be me’. They have seen that they are mature and are part of a really great team of experienced people,” added Ms Weddle.

“We still need people to do practical jobs and we often lose sight of that because we’re pushing too many young people towards getting academic qualifications. This time next year they will be applying to sixth forms and colleges to do A-levels and BTECs so it’s really important that they have been able to engage with the Tarmac apprentices who are just a couple of years older.”

Jack Cockayne, head of geography at Broadway Academy, said: “So many young people – particularly at Broadway – are focused on going into healthcare or becoming lawyers so it’s important to show them what an engineer is, or a documents officer, or what working in sustainability is about. 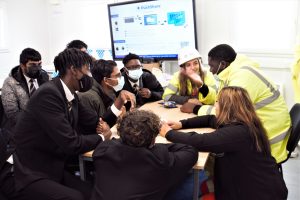 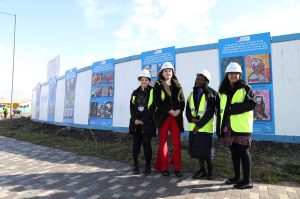 “When they see these amazing projects going on they are more likely to stay and work in the area. There aren’t enough companies like Tarmac engaging with their potential workforces of the future.”

Uzair Hafesji, aged 14, who has his mind set on a career in astro-physics or aerospace engineering, was impressed, if not swayed by his visit.
“We saw many different facets of the construction site – the roundabout, the new bridge and the buildings.

“When you take a deeper look, you see there are so many factors that go into the work – not just digging… things like pipework, drainage, electricity and gas considerations.

“Living in Handsworth, I see the benefits the project is bringing such as improving the way the area looks, making it more welcoming and making the flow of traffic easier. Although it may seem disruptive now it will improve the traffic in the future.”

Cllr Waseem Zaffar, Cabinet Member for Transport and Environment at Birmingham City Council, said: “It’s great that students from local schools have been able to learn more about the highway improvements in Perry Barr – this is a really important project that is part of a much wider plan to enhance the area they live in.

“This visit will hopefully inspire many to consider careers in construction. Tarmac are doing a great job working with our communities as the scheme nears completion and it shows how we can achieve wider benefits from projects other than the physical infrastructure improvements that are being delivered.”

Students from North Birmingham Academy lent their artistic talents to the site with the class of year 11’s artwork displayed in giant posters around the construction site.

Colourful portraits, photographs and designs received high praise from teachers and Tarmac employees alike with each piece adding a splash of vibrant colour to fences surrounding the project’s headquarters at Aldridge Road.

Ian Bingham, Tarmac’s senior project manager for the A34 scheme, said: “It is fantastic to have posters bedeck the fence around the site and we are delighted that the young artists have agreed to let us display their work.

“The work we are doing in the area will benefit residents for many years to come.”

Earlier this year as part of the project, Tarmac safely dismantled the 50-year-old Perry Barr flyover to make way for an improved road layout that will incorporate a new dual carriageway, cycle paths and improved public transport services. The company recently completed the installation of a unique new bridge over the top of a busy underpass. The scheme, which began in May 2020, will support the delivery of new homes and community facilities and lively public spaces. It is due for completion later this year.

Pictures: Youngsters from Broadway Academy in Birmingham (top and inset left) learn about the many career opportunities available to them from apprentices from Tarmac when they visited the A34 Highways Improvement Scheme and (inset right) year 11 artists from North Birmingham Academy with some of their work which is now displayed at the Perry Bar site. 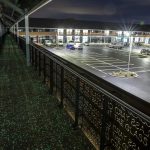 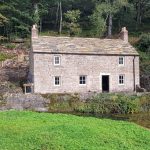 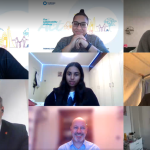 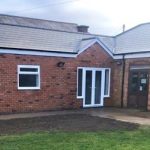 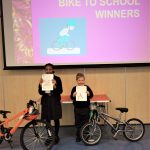 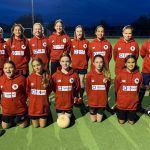