Announced at Thursday night’s first-ever virtual Highways Awards ceremony (28th January), Tarmac has been awarded Team of the Year for delivering exceptional resurfacing works at none other than the Silverstone Circuit.

The team’s goal for the Silverstone resurfacing project was to deliver a first-class circuit for F1 and Moto GP, as well as improve drainage and ride quality on the world-famous track.

Tarmac adopted cutting-edge technology and processes, including the first UK use of 3D GPS guided planning during the removal of the previous track surface to improve drainage and adjust gradients.

No fewer than three paving machines ran in echelon during installation to eliminate joints across the width of the track, while digital paving technology was used to guarantee quality during the laying and compaction of the asphalt.

The winning team was made up of 75 highly skilled Tarmac employees from across the business, including contracting and technical specialists, materials production personnel, plant and equipment operators, IT and technology experts as well as hauliers.

Paul Fleetham, managing director of Tarmac’s Contracting business said: “We’re so proud to be recognised by the Highways Awards with this accolade. The exceptional collaborative working by everyone involved was really key to the win; every single member of the team was clear on the aims and objectives of the project, dedicating a total of 7,000 working hours to get the job finished on time, and to the highest quality. A huge well done to everyone involved.

“Since the success of the Silverstone project, we have utilised the same techniques and technologies on the A55 Junction 35 – 34 Westbound Resurfacing project for the North and Mid Wales Trunk Road Agent. This just goes to show the impact and lasting effect the work carried out has had and we hope to continue to take the best practice and key learnings to many other parts of the UK road network in the near future.”

Tarmac was able to address the logistical challenges of delivering material from multiple sites during the installation by implementing its state-of-the-art BPO ASPHALT management system, which uses GPS technology to plan and programme projects in meticulous detail.

The software accurately calculates the most efficient way of completing a scheme by working out exactly how many delivery trucks are required, precise timings for their arrival and departure, as well as the total tonnages that are achievable. It also provides site supervisors with live updates throughout each shift, supporting real-time decision-making through a comprehensive supply of data.

The Highways Awards usually host 500 people at the Royal Lancaster Hotel in London, for the virtual event this year, there were around 500 streams, which by TV rating measures suggests at least 1,200 people were watching live. 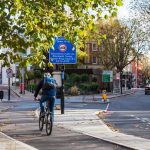 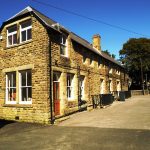 Powering through the crisis with smart, collaborative working 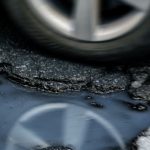 Way behind on Warm Mix 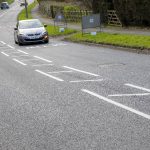 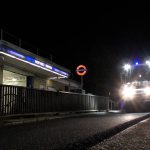