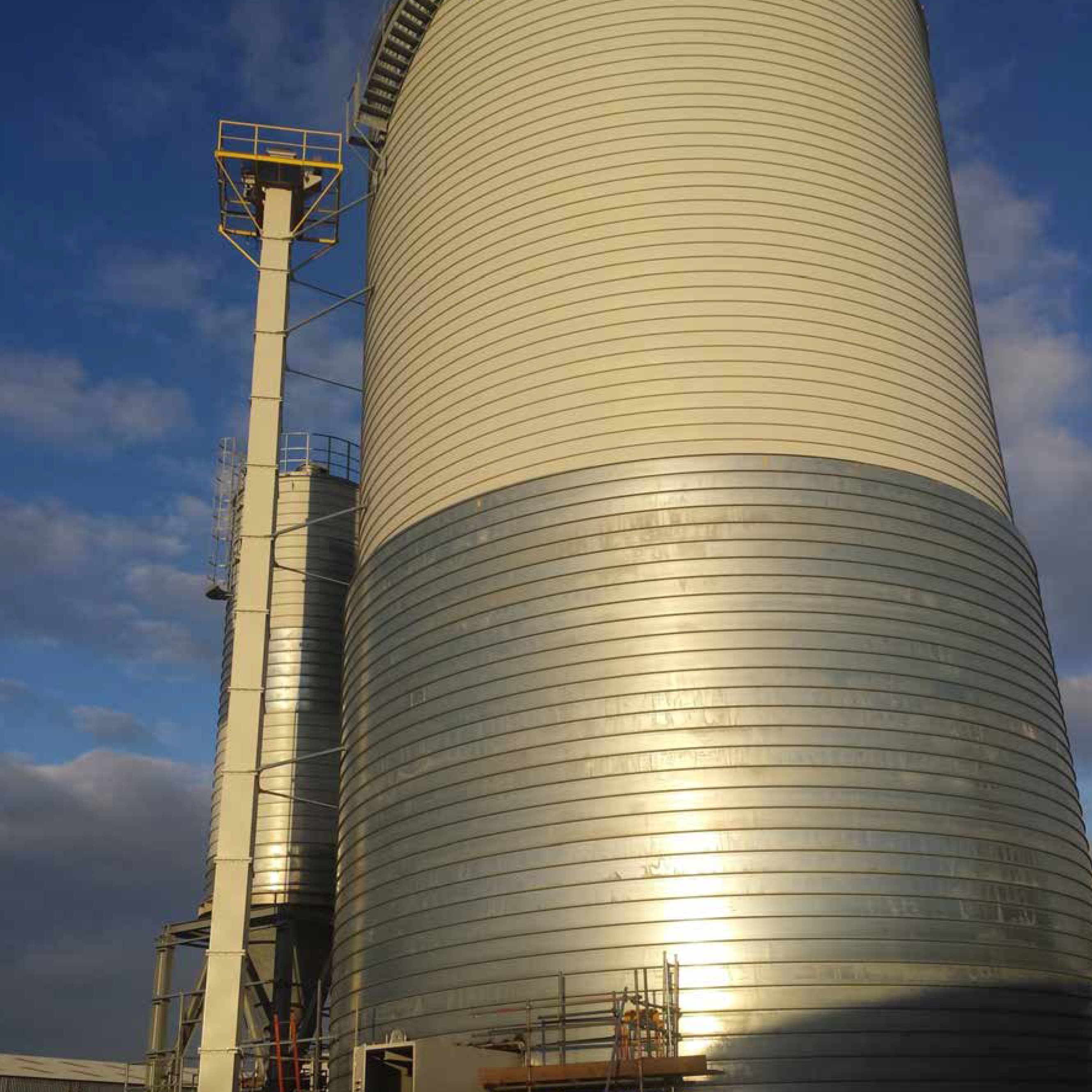 Moorcroft initially approached Tarmac in October 2015 looking for a solution to infill the walls of a silo. The contractor needed a product that would be able to fill the space between the outer and inner walls of a silo and also provide a smooth interior floor and walkway/access point under the silo floor which would be formed with shuttering. This was not an easy brief due to the fact there was a very dense metal support structure between the walls and also, as the structure was built, the access point would become higher and higher.

Tarmac’s TOPFLOW concrete was proposed due to its very high flow rate with a 10mm aggregate and therefore its ability to be pumped to the access point with no trouble. This product could then flow through the network of steel reinforcement. TOPFLOW requires no vibration as it is self compacting so this hit the mark since assisted compaction would not be possible due to the density of the reinforcement. Due to the fluid nature of the concrete, the chance of voids within the material due to air pockets is very low and therefore the final finish of the shuttered access points which are on show are of a great quality.

The rapid initial curing time of the TOPFLOW allowed pours to be carried out on consecutive days so the project was supplied quickly. With the material performing exactly as described the customer was delighted with the result and requested the same solution for the subsequent phases of the silo programme.

Free flowing Topflow concrete can be placed quickly. The concrete consolidates easily and effortlessly into the required pour locations.

Topflow eliminates vibration and subsequently the risk of vibration white finger. Working conditions onsite are greatly improved, while concrete pours can be safely carried out even in built in environments.

The fluid nature of Topflow minimises voids within the concrete and air pockets. Therefore the final finish of the material which are on show are of great quality.